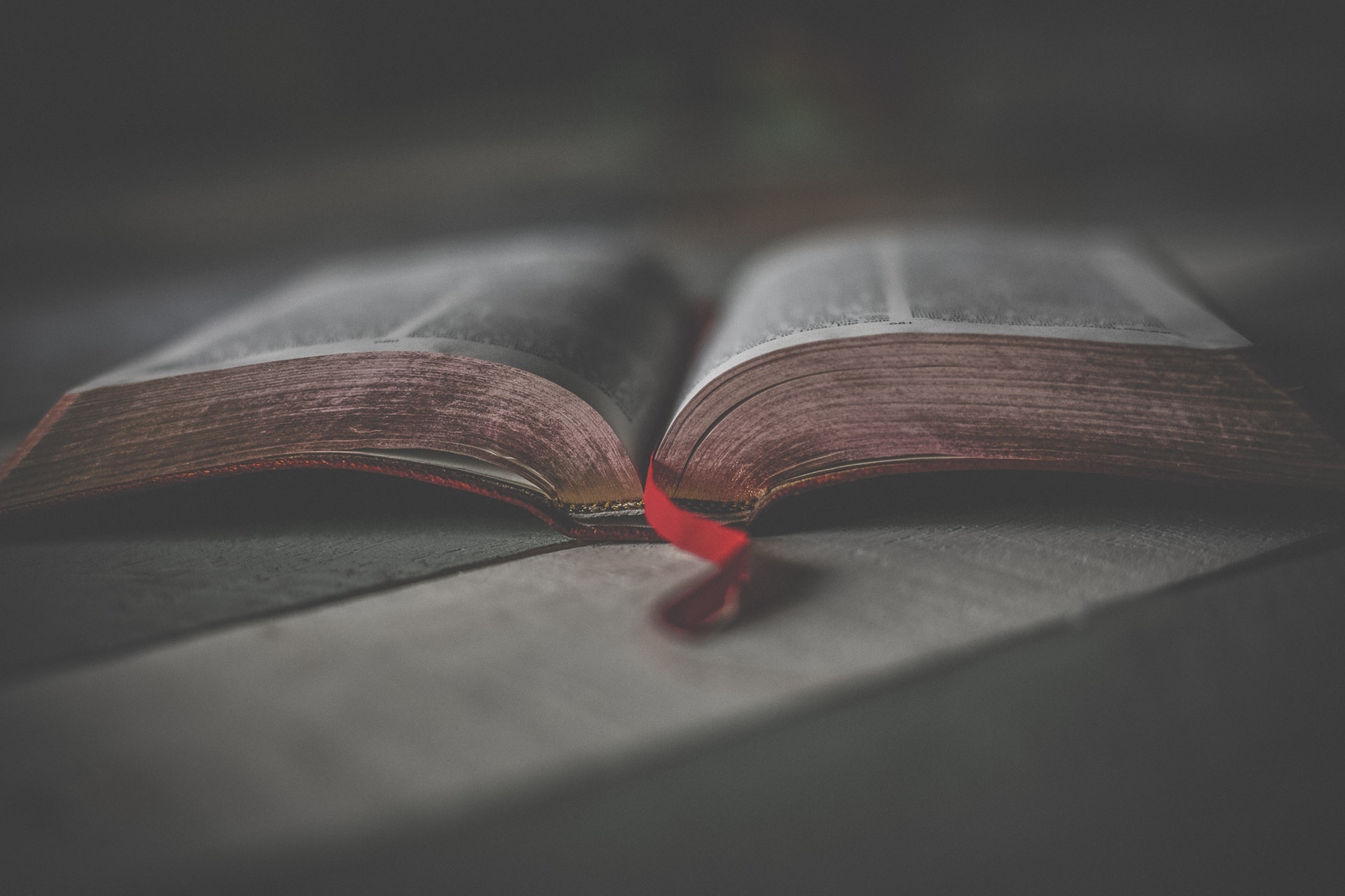 1st  Text (from the fourth memoir of Sister Lucia)

One day Francisco said to Lucia:

- I really liked to see the Angel, but I liked to see Our Lady even more. But what I liked the most was to see Our Lord, in that light from Our Lady which penetrated our hearts. I love God so much! But He is so sad because of the many sins! We’ll never sin again!

That is why Francisco used to say: I like God so much. He is sad because of the many sins.  We’ll never sin again.

From the time our Lady penetrated his heart with that LIGHT, which was Jesus, his life became lit by that light.

And his great love grew more and more until all the details of his life were lit by Christ. And so we can say that he never sinned again.

Because sin is exactly this: all that within us is not lit by God. Our gestures, our words, our desires and affections, not lit by the Light which is Christ.

May we, when contemplating Francisco totally lit by Jesus, desire to be filled with this love, so that all the details of our life are lit by God and all our gestures irradiate His love…

2nd Text ( from the fourth memoir of Sister Lucia)

One day we found a little boy carrying in his hand a little bird which he had caught. Full of compassion, Francisco promised the boy two coins, if he let the bird fly. The boy accepted the deal, but not before he had the money in his hands. Francisco went back home from Lagoa da Carreira, which is a little further down from Cova da Iria, to fetch the two coins, to let the prisoner free. When he finally saw it flying he clapped his hands for joy and said: - Watch out! Don’t get caught again!

We are taken aback by Francisco’s capacity to love, gratuitously: for that bird to be free, Francisco risked losing everything: lose time, lose money and even lose the bird….

In fact, the grandness of this episode is the heart of Francisco.

And what delights us is not so much his love for birds.

It is, in fact, the freedom of how he engages with what he loves.

He wants to own nothing, he wants nothing for himself. It is the freedom of his heart that renders the bird free.

Only a heart thus free and humble can be full of God. Only a heart like this can experience true joy, the joy of having nothing and possessing everything…

3rd Text (from the fourth memoir of Sister Lucia)

We told Francisco everything Our Lady had said to us. And he, expressing all the joy he felt by the promise of going to Heaven, crossing his hands over his breast, said:

- Oh My Lady, rosaries I will pray as many as you wish.

And from then on he got into the habit of moving away from us, as if going for a walk; and if I called for him and asked him what he was doing, he would raise his hand and show me the rosary. If I asked him to come and play and pray later with us, he answered:

- Afterwards I will also pray. Don’t you remember that Our Lady said I had to pray many rosaries?

He got into the habit of moving away from us, said Lucia.

This is a gift Francisco offers the Church: the courage to remain in silence, in the solitude of time turned prayer.

In a world characterised by the fast pace, by the search of the hustle bustle, Francisco shows us a piece of heaven in his desire for prayerful silence.

And it is with courage that Francisco, today, still raises his hand to show us the rosary.

The rosary was his favourite prayer.

Contemplating the mysteries of the rosary, even if not aware of it, Francisco was allowing the Holy Spirit to act, making him a sort of “extended humanity of Jesus where Christ renews all His mystery.”. (St Elizabeth of the Trinity)

We thank God for the mystery that the Holy Spirit worked in His little Francisco.

4th Text (from the second memoir of Sr Lucia)

Francisco in his illness suffered with heroic patience without ever letting the slightest moan or the least complaint escape his lips. One day, shortly before his death, I asked him:

“Are you suffering a lot, Francisco?”

“Yes, but I suffer it all for love of Our Lord and Our Lady.”

One day, he gave me the rope and said:

“Take it away before my mother sees it. I am not able to wear it any more around my waist.” He took everything his mother offered him, and I never knew if he disliked anything.

What a lovely expression, that of Lucia: “I never knew if he disliked anything.”

Of the three shepherd children the one we know the least is exactly Francisco. After the apparitions of the Angel, Francisco became an inseparable friend of the Hidden Jesus, and so he liked to hide… even from Jacinta and Lucia.

He learnt, during his countless hours of Eucharistic Adoration, the art of being small, of not being the protagonist but the instrument. And so, in “hiding even from himself” Francisco shows us the Jesus meek and mild that lives within him.

That is the reason for his heroic patience in his illness, as his hidden Jesus’ extreme love for us, in His passion, when he offered His life for each one of us.

5th Text: (From the fourth memoir of Sr Lucia)

One day, on our way to the Cova da Iria, a group of people took us by surprise, and wanting to see and hear us better, they sat Jacinta and me on top of a wall. Francisco refused to let himself be put there, as though he were afraid of falling. Then he leaned against a wall on the opposite side. A poor woman and a boy, seeing that they could not manage to speak to us went and knelt down in front of Francisco asking him for a grace. Francisco also knelt down and asked if they would like to pray the Rosary with him. They said they would, and began to pray. Very soon all those people stopped asking inquisitive questions and also went down on their knees to pray.

Francisco afraid of falling!? No, Francisco who loved to run around the hills after the sheep had no fear of falling.

It is not a question of fear, but of being small, humility of heart. Francisco wanted no grandness so contrary to who he was accepting with simplicity his state never worrying about what he was not able to have. We know that out of the three shepherd children he was the only one who was unable to hear Our Lady and the Angel. But that did not unsettle him. He seemed to acknowledge and accept the truth of himself! And so this is the position in which he chooses and wishes to be: to be «low down» and not «at the top», walking with realism on the ground he treads, in serene acceptance of himself and the mission Our Lord entrusted him.

It is from his position, according to his nature and condition, that he becomes a magnetic pole. He does not seek attention for himself, but points to God, to the intimacy of prayer.

6th Text (from the fourth memoir of Sr Lucia)

“Afterwards, he would come with us to play on the old threshing floor, while we watched for Our Lady and the Angels to light their lamps [the moon and the stars]. He eagerly counted the stars with us, but nothing enchanted him as much as the beauty of a sunrise or sunset.

“No lamp is as beautiful as Our Lord's,” he used to remark to Jacinta, who much preferred (the moon) Our Lady’s lamp because, as she explained, “it doesn’t hurt our eyes.”

Happily, he watched the sun rays glinting on the window panes of the homes in the neighbouring villages, or glistening in the drops of water which spangled the trees and bushes of the mountains.”

It is enchanting to see Francisco contemplating the beauty of creation peacefully and in awe.

With a sensitive heart loving all of creation and learning to see God mysteriously present in all its creatures.

“When the love of Christ transfigures the lives of the saints in spirit, body and soul, they give praise to God and through prayer, contemplation and art, they also enfold other creatures.” (Message of Pope Francis for Lent, 2019)

May Francisco Marto’s example encourage us to attitudes of respect for our Earth, our “Common Home” knowing that “when we live as children of God, led by the Holy Spirit (cf. Rom 8:14), we also benefit creation by cooperating in its redemption.”(Message of Pope Francis for Lent, 2019)